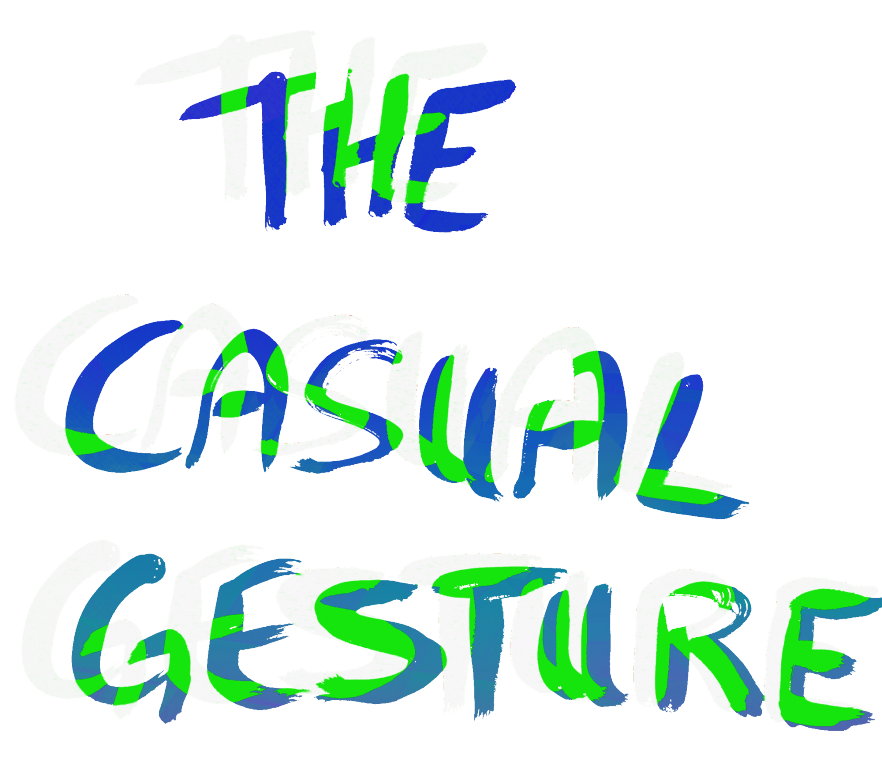 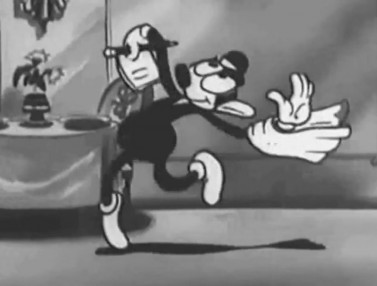 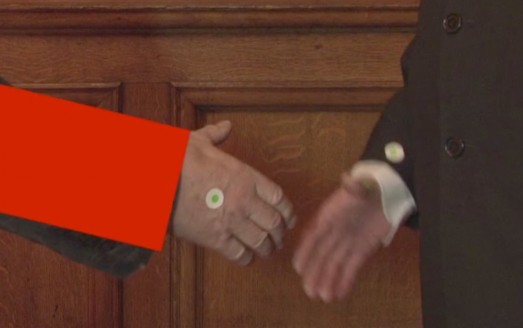 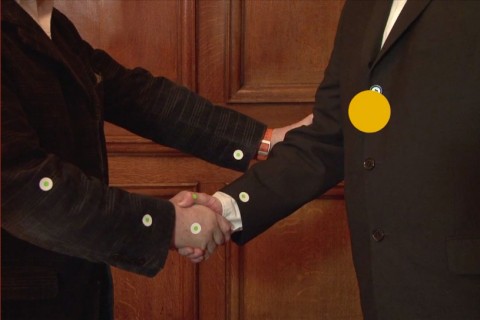 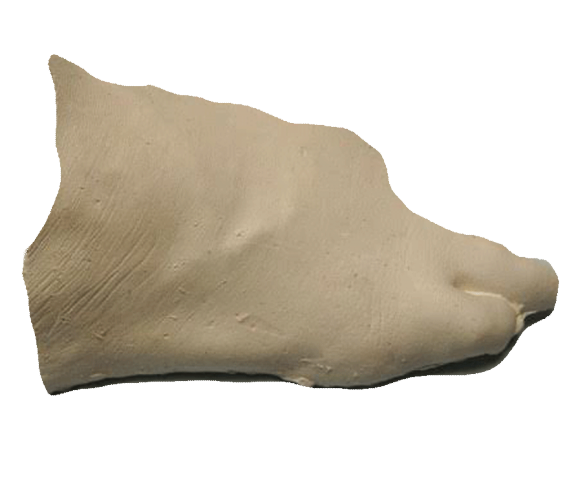 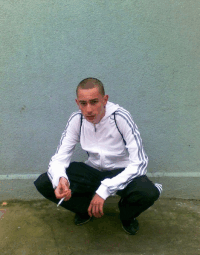 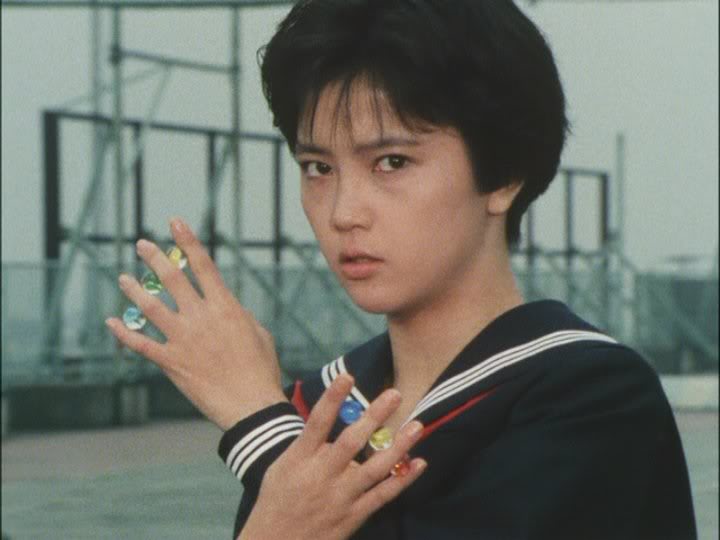 
was made collaboratively, using a live-transmission video call projected into the gallery wall. In this way, Florian, in New York, was able to sketch remotely onto the gallery wall, by making a digital drawing on his computer and with an assistant executing the painting as accurately as possible, becoming, in a sense, an extension of Florian's hand. Meisenberg's gestures are disembodied and re-embodied, disconnected from scale and geography (space-time!) - are they still authentic?

are part of a larger project, The Dunstable Windcharming Day, in which Laurence worked with the community of Dunstable to establish a new folk tradition. The festival they created is now in its third year.

"Around the Town, rumours of wind charmers started to spread, as people helped shape and embody the new legend – with stories about the wind from the Downs getting lost in small paths and alleyways; about the mischievous invisible character who messes little girls’ hair but also takes lives away; and with surreal apparitions of local people dressed up as the wind.

The Wind Charmer became a character that would manifest himself within any of its city’s inhabitants. At times an old man, at others a little girl, he would secretly put on his dark cape, black and curvy like Tempest, and his shiny silvery strips, floating away and shimmering in the wind like rain in a bright sun. All summer, he would wander around the streets, collecting the lost breezes around the Town to create a Tempest on the Downs.

At the end of the summer, people would come and dance on top of the hill to tame the wild spirit, praying for its kindness over the winter months to come, and sending away their wishes in the Dunstable sky."
Laurence Payot 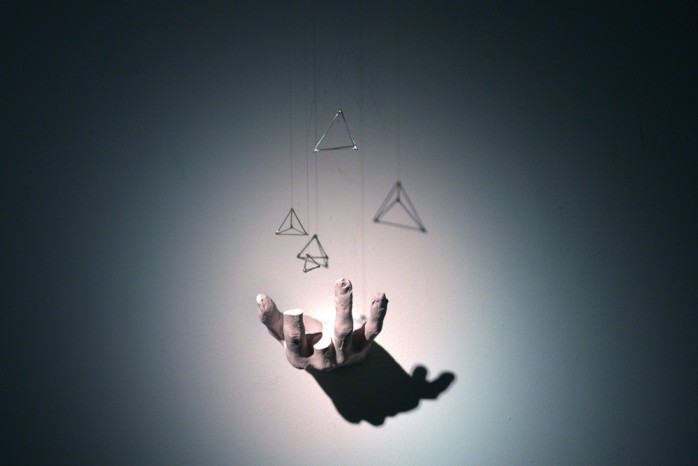 which was a live digital & scenographic performance by Bruce McLean with David Barnett and Musical director Sam Belinfante, performed at Testbed 1 in london in 2010. We chose these videos because of they offer a convincingly absurd, abstract, diagrammatic, programmatic and poetic demonstration of both casual AND deliberate gestures.


Bruce McLean shuffles and dances in a minimalist-sculptural environment to a song by Kevin Coyne. This work
could be seen as retrospective of Bruce's early interests in conceptual sculpture and pose as form, turning a clumsy old-man dance into a masterclass in precise posturing. 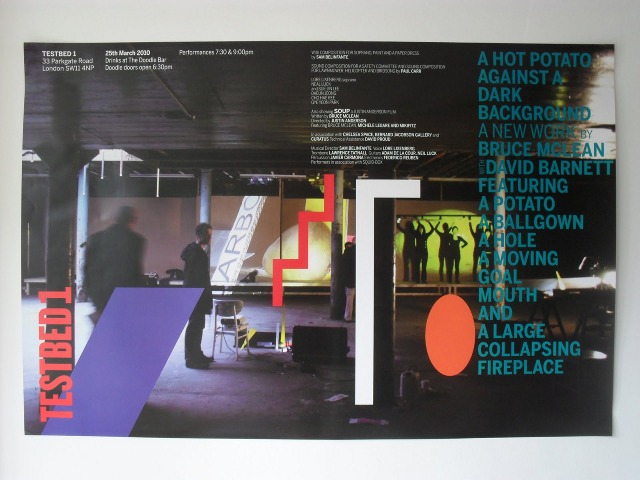 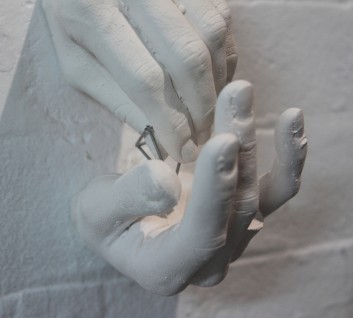 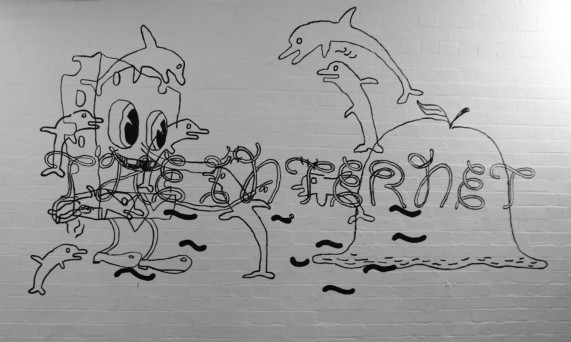 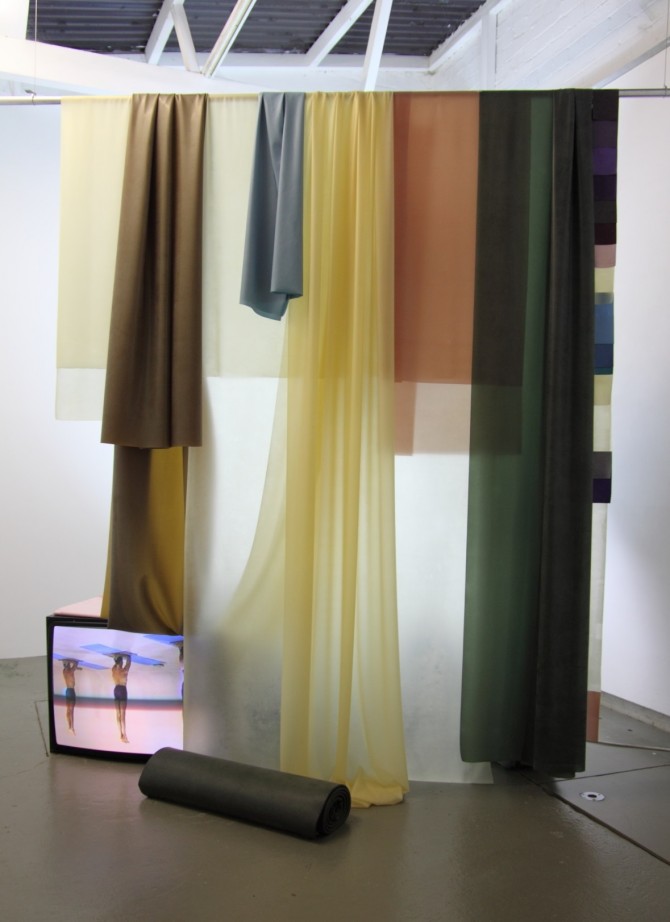 
is a printed sheet of A4 paper with a letterhead portrait of Camille C.,
Miss France 2015, an ink stamp of Camille's toes (made from a flawed
cast of Camille's leg) and a handwritten text approximating Camille's
penmanship.
Camille C.'s footprint was stamped by Grégoire during a live per-
formance on 5th November 2015, in a gesture of friendship
towards the English.

For the performance, Grégoire shaved and dyed one of his legs using
Chicory grinds (a coffee subsitute), adopting a method developed
by women during the Second World War to mimic silk stockings.


Hoax or homage? Theft or transformation? With buffoonish charm, Motte weaves multiple threads of appropriation, citation and pretence into a curious story about femininity, the personal identity and agency of public and private individuals, and serendipity - that feels fresh and surprising while raising at least as many questions as it answers.

produced for The Casual Gesture, incorporating a set of limes and a tin of baked beans pressed into relief into a pasta cylinder and sitting on beautiful Italianate plinths of our own design. Tongue in cheek, simultaneously positive and negative shape, the lime sculpture in the entrance also functions as a rudimentary nude or improvised robot. 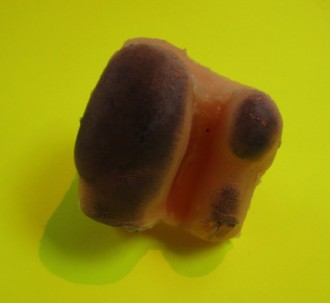 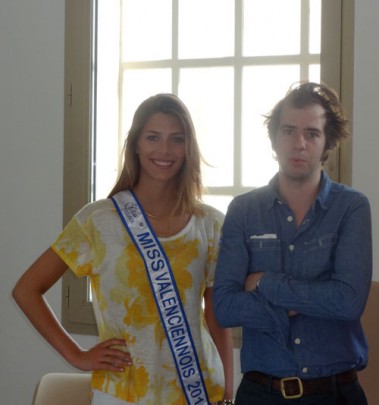 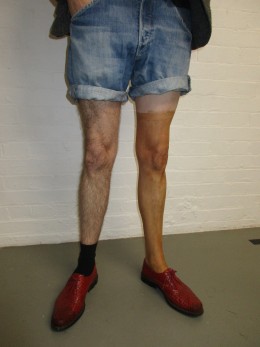 A Hidden Side of Camille C.


Phil Ewe works across media with flat surfaces, film, installation and performance. The thematic focus is often the friction-filled area between identity and society, focusing on social structures and the right or wrong behavior of the individual - and starting with the artist himself. Eye-eye asked Phil to contribute with two-dimensional work for the Casual Gesture, because we love this particular part of his practice which goes years back and deals strongly and directly with rhythm and pattern on surfaces, conveying fleeting emotions and dense urban experiences.
Phil who is a londoner by birth recently returned to this sprawling city from some years living and studying in Rotterdam and for the Casual Gesture he was able to take a look at the situation and place that both we and the city are in.

OPTIONS were placed in each room of the gallery, all OPTIONS being visible from the entrance, giving a sense of choice and possibility. It was particularly interesting to have some OPTIONS in the gallery office, reminding us that these choices apply not only to the space of art but also to areas of domesticity and work.

is comprised of sheets of latex draped over a rod under the ceiling and falling down gently in meticulous folds. A strong light is flowing through the draped latex.
Beneath is placed a cube monitor and a yoga mat. A blurry video clip that has been flipped upside-down is showing three athletic men doing headstands, gently swaying with balance. Now they appear to be hanging magnetically from their blue matts in the ceiling.
With much current experimental film-practice the role of the found footage is a point for debate. In Djabbari's work the footage is left to to remain exactly what it is, a moment caught in its own time and like a nostalgic Volkswagen Beetle it is now a design object that can be seen in the perspective of our understanding of the past. Thus the yoga-practicing men exude not only the sense of meditative health and vigor but also a peaceful sense of the past. When they sway in the breeze of their balancing act it is the breeze of time passing, of electromagnetic waves stored for thirty or forty years on spools, discs and servers.


ELectureICAL can be read in line with Luke's interests in exploring language and grammatical signs outside of their attached verbal meanings. Recent films have premised an indeterminate future in which mankind has lost the knowledge of language and tries to re-acquire or re-invent a use for the empty signifiers it comes across. In this world, grammatical objects become physical or sensory, empty vessels devoid of meaning.

betrays a serendipitous state of mind, an offhand attitude. Provocative in its disregard for conventions and formalities, the casual gesture, like throwing a coat over a chair, takes a chance, cuts loose and asserts its freedom in the face of no-nonsense living. “Nothing matters,” it says, “ha ha!”

It’s the light-touch, improvised solution to a material problem.
It’s a staging of the accidental.
It’s made up on the spot and coincidental, but seduces us into deeper layers of meaning.
It’s familiar, it draws us near, it shuns the formal awesomeness of laborious craft.
It pretends there is no cost involved.
It’s the swinging dinner party. 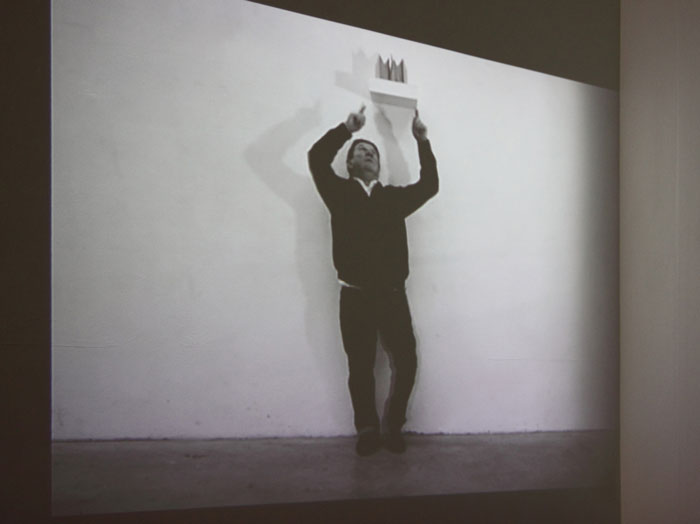 I Want My Crown 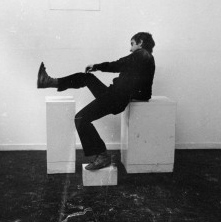 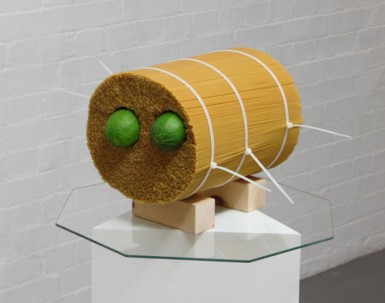 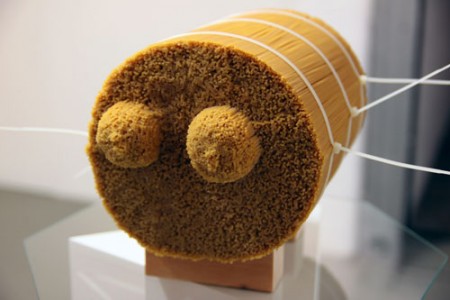 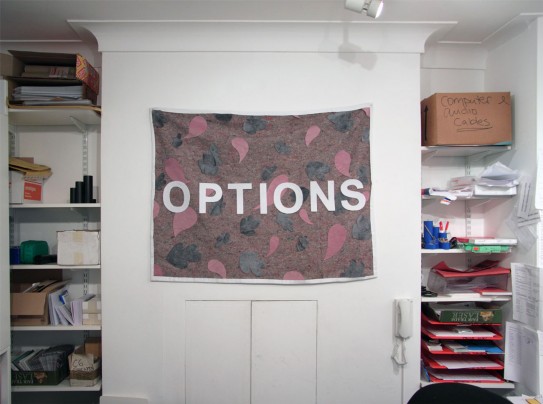 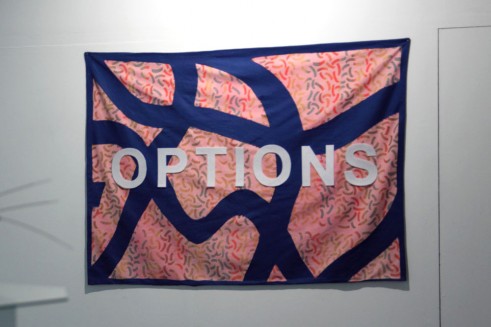 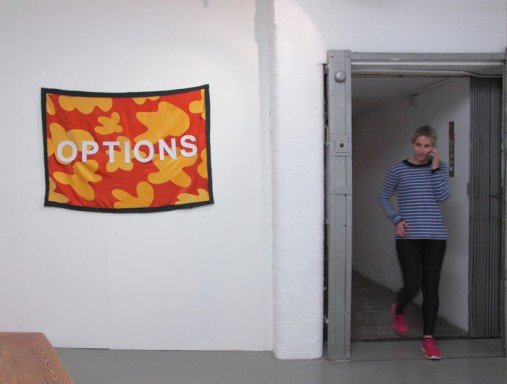 PRESERVING THE RAW QUALITY, THE ENERGY OF THE SPONTANEOUS, OF THE
FIRST IMPRESSION AND THE FIRST EXPRESSION 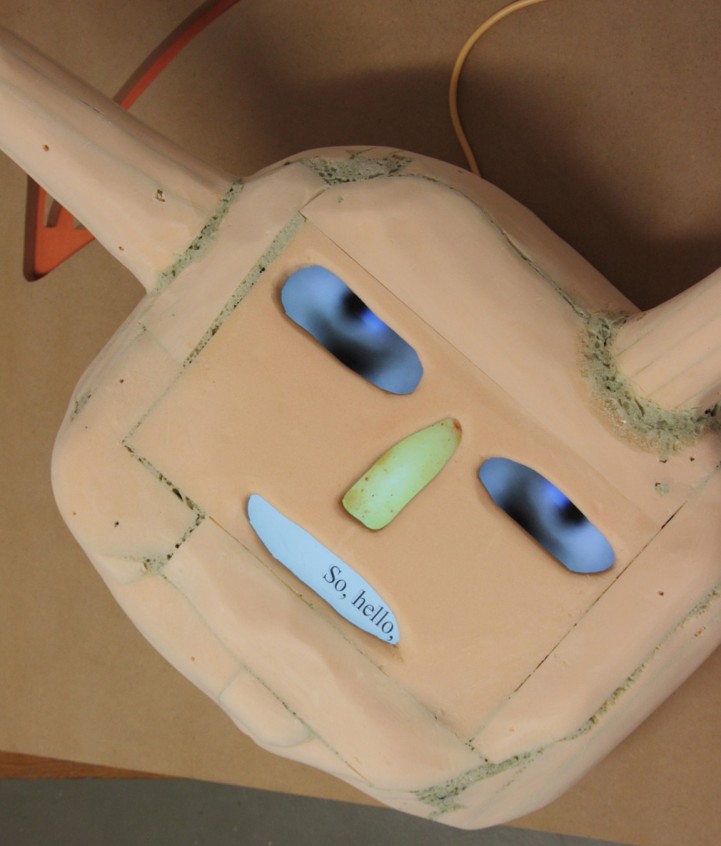 
A strange foam self-aware robot-like object is giving a lecture about the bullet point, drawing from its own past experience and deliberating on the correlation between semantic object, form, physicality, function, origin. The foam robot-object draws a parallel between artworks and bullet-points as indicators of ideas.
The foam object's lecture is hard to follow, because images and text progress so quickly across the various orifices of its face, all with their own train of thought, that an enormous effort of concentration is required to keep focus. 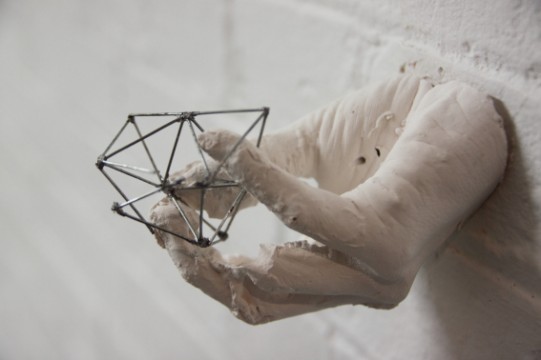 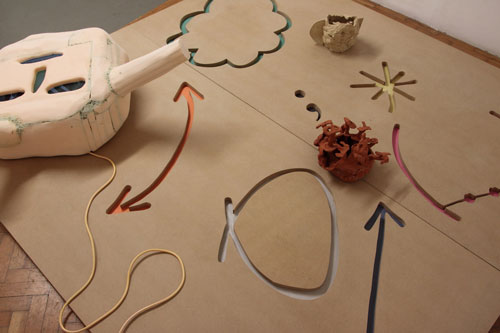 It's inspired by the same realm of messaging and rhetoric that surrounds us all the time...
One minute I'm talking to you to help you, next minute I'm against a window talking to it about a terra cotta mud peel. The self as slippery and vulnerable to all sorts of ideological and capitalist wish makers. .. Anyway. I have this language, it's in my back pocket. 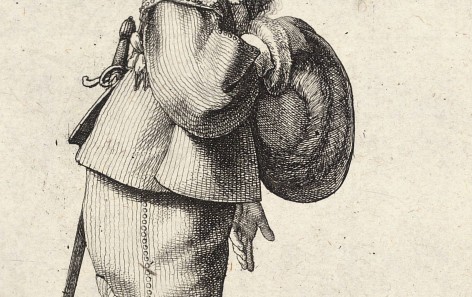 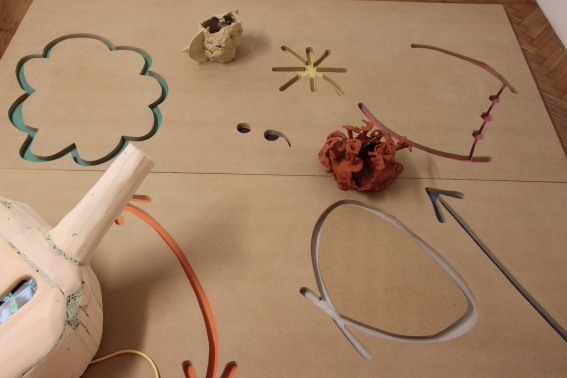